A student at Moi University on Saturday, December 26 committed suicide days before they were expected to resume classes on January 4, 2021.

The 24-year-old student who was a third-year student at the institution’s faculty of Science and Technology is reported to have taken his own life at home in Enabelbel area in Narok.

Confirming the incident, Narok County Police Commander John Kizito Mutoro stated that the deceased was found hanging on a rope by the caretaker.

The student’s mother who is a police officer was away on duty at the time of the incident.

Kizito added that initial investigations showed that the deceased could have taken rat poison as a used packet was found in the house.

The body of the deceased was moved to Narok Referral Hospital mortuary pending postmortem and further investigations.

The World Health Organization (WHO) estimates that 78% of global suicides occur in low and middle-income countries. Furthermore, it is also the second leading cause of death among 15-29 years old globally.

In Kenya, 1,442 persons were reported to have committed the crime of attempted suicide between 2015 and 2018.

The Kenya National Police Service annual crime reports reveal the figures for the crime of attempted suicide is higher coming second to murder in the homicide category.

According to the 2020 KNBS Economic Survey, 196 cases were reported last year. The figures also reveal that the number is four times higher for men compared to women.

In a previous interview, Dr. Mucheru Wang’ombe, a mental health consultant, indicated that young adults and the elderly are more prone to committing suicide, adding that more females attempt the act but clarified that more males see it through to the end. 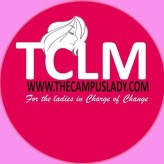 TheCampusLady.Com is Kenya's #1 community for college and university women. For articles, send us an email on: editorial@thecampuslady.com. To feature on The Campus Lady, or have a tip? WhatsApp us on: +254708010163. Take Charge and be part of the community!

How my love for pancakes enslaved me

SEVEN Things You Probably Haven't Realized About Yourself

Get notified about exclusive offers!